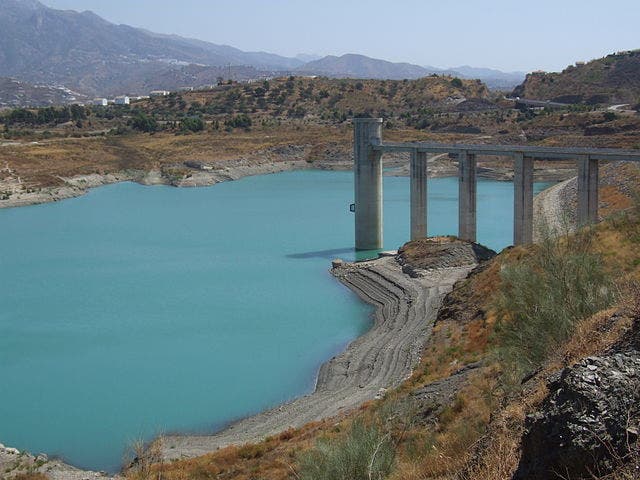 THE water resources of the Axarquia region are at their limit with La Viñuela reservoir, the biggest in Malaga province, at just 18.79% of its capacity—its lowest since 2008.

The decrease in water levels in the last year has led the Junta to decree the reservoir in a state of ‘exceptional drought.’

The concern about the state of La Viñuela reservoir is shared by farmers in La Axarquia, who fear there will not be enough water to irrigate their products.

Additionally, the delicate situation of the La Viñuela reservoir, with 30.55 cubic hectometres—leading to an increase in the concentration of heavy metals in the water—is not only jeopardising crop irrigation but also human consumption.

The critical situation of the reservoir has led the public water and sanitation company of the Axarquia, Axaragua, to request water to be sent from Malaga capital to the area.

According to Gregorio Campos, vice-president of Axaragua, water could be sent from Malaga through the pipeline that connects the Axarquia region with the capital.

Furthermore, as specified by Campos, the supply from the Limonero system, which is at 50% capacity, does not change from one week to the next, while that of La Viñuela falls at a rate of approximately one cubic hectometre per week.

Fortunately, other reservoirs in the province are not in the same situation, with the majority at 50% capacity or above.