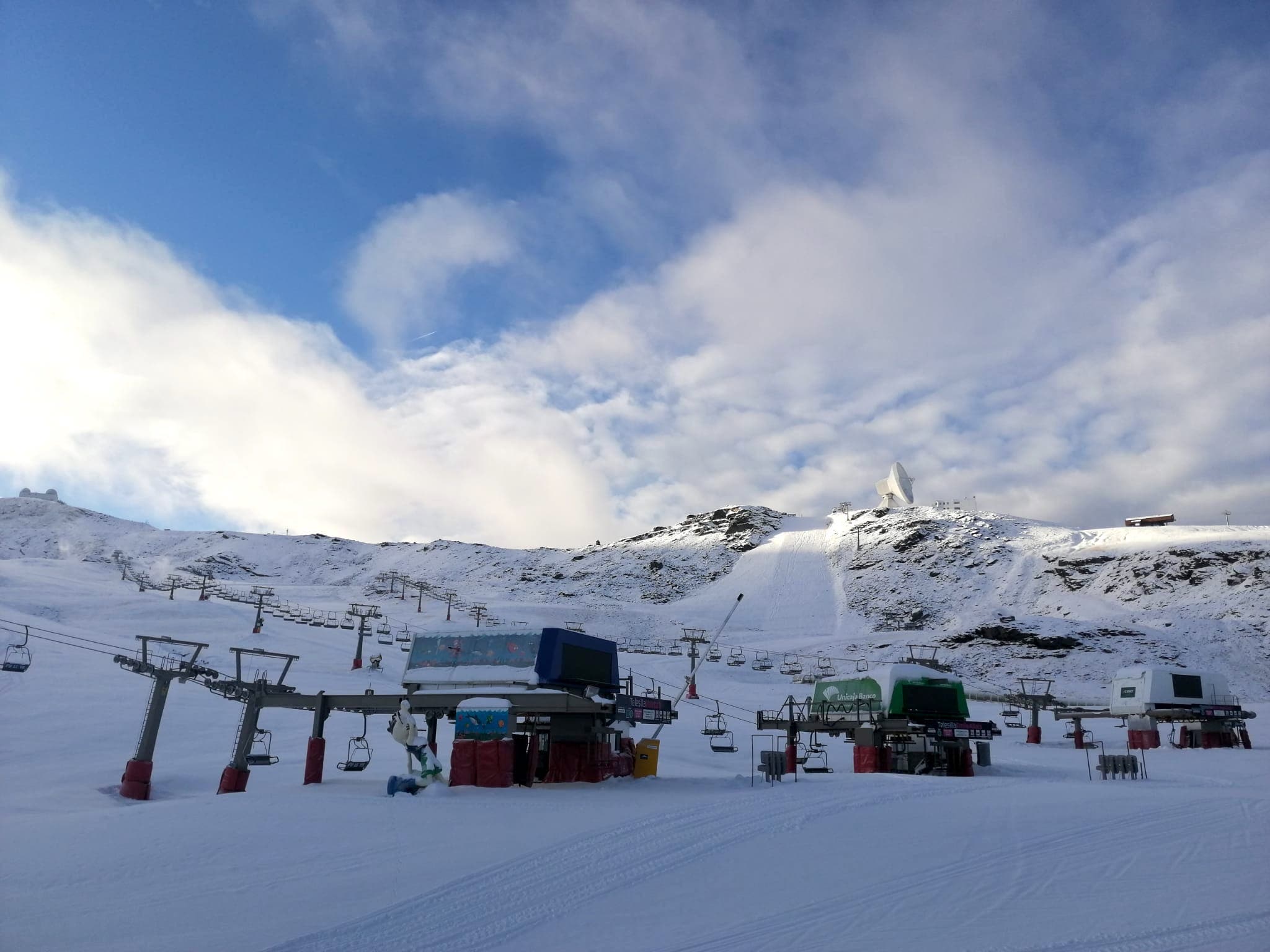 THE slopes of Spain’s Sierra Nevada are covered in a healthy amount of the white stuff promising great conditions for the start of the ski season when the pistes open on November 27.

Crucial snowfall arrived over the weekend providing enough of the white stuff to tantalise skiers keen to head for the slopes.

Last year was a write off for many skiers after Covid restrictions across Spain meant travel to the slopes was impossible for all but locals.

But with climate change threatening to shorten the season in the Sierra Nevada, authorities have brought in extra snow cannons to boost piste cover this winter.

A total of 77 state of the art new cannons have been installed ahead of the season in the Sierra Nevada bringing  the total number across the resort to 210.

Resort managers report that reservations are booming ahead of the start of the ski season with a surge in bookings over the December puente weekend which includes the bank holidays of Constitution Day on December 6 and Feast of the Inmaculada (Immaculate Conception) on December 8.

Sierra Nevada boasts the most southerly skiing in Europe with the resort occupying the northern slopes of Veleta, the third highest peak in peninsular Spain.

The season can last from late November until early May depending on conditions of the 100km of ski runs.

Located just a short drive from the beautiful city of Granada it is also within easy reach of the Mediterranean coast making it one of the few places in the world where you could ski in the morning and swim in the sea in the afternoon.