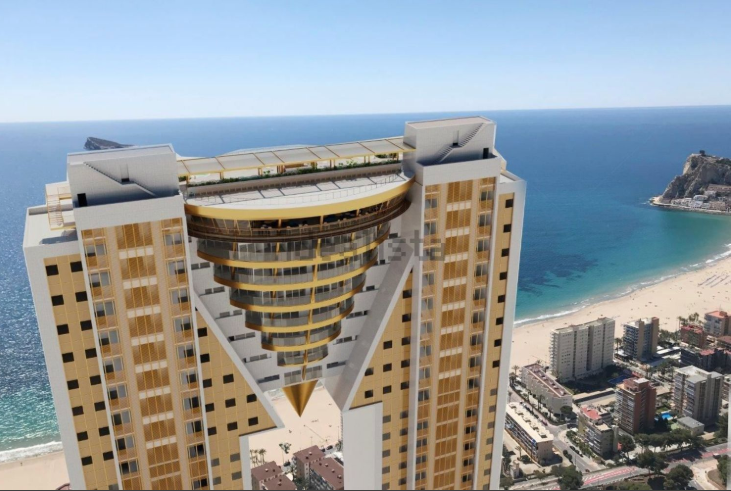 TWO luxury apartments at Benidorm’s Intempo building have been sold for €2 million each.

The 204.5 metre-high structure is Europe’s tallest residential block and was completed earlier this summer.

The two most expensive homes are in the central ‘diamond’ part of the Intempo tower that looks down on the Poniente beach area of Benidorm.

Occupation licenses are pending with the keys expected to be handed over to the apartment buyers next month.

Barcelona-based Uniq Residencial have handled all of the internal fitting work, as well as marketing the homes.

The company’s product manager, Jorge Romagosa, said that half of the 256 properties had already been sold.

He added that purchasers are Spanish nationals and investors ‘aiming to make money through renting out units’.

Intempo has 49 floors with a variety of ‘common areas’ including a gym, cafe, restaurant, swimming pools, and terraces.

Jorge Romagosa said: “Up to 30 visits a day are being made by prospective buyers and depending on what they are after, the trip can last up to two hours.”

The skyscraper has a long chequered history.

Work on the structure started in 2007 with a projected completion date of 2009.

The economic crisis of 2008, which badly hit Spain’s real estate sector, caused the first in a set of serious delays.

The Intempo was almost finished in 2014 but the promoter went bankrupt.

The skyscraper was bought by SVP Global in 2018 with the aim of completed the building in 2021.