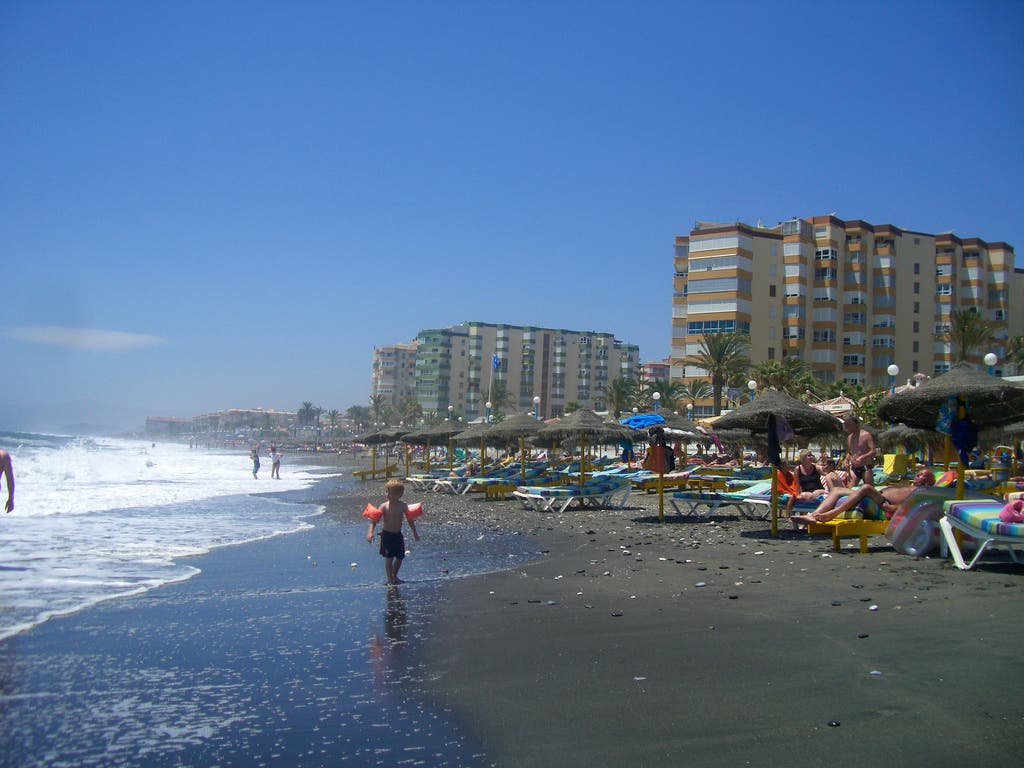 A BRITISH driver overshot his parking place and crashed down onto the beach narrowly missing sunbathers on Tuesday on a beach near Torrox on Spain’s Coata del Sol.

The 65-year-old made the terrifying plunge as he attempted to park a Toyota Yaris at the Playa de Wilches, a popular spot with locals near Nerja.

Luckily neither the driver or any beachgoers were injured in the mishap which police are investigating.

Officers from the Policia Local helped the shaken driver climb out of the car which was lifted back onto the road using a special crane.