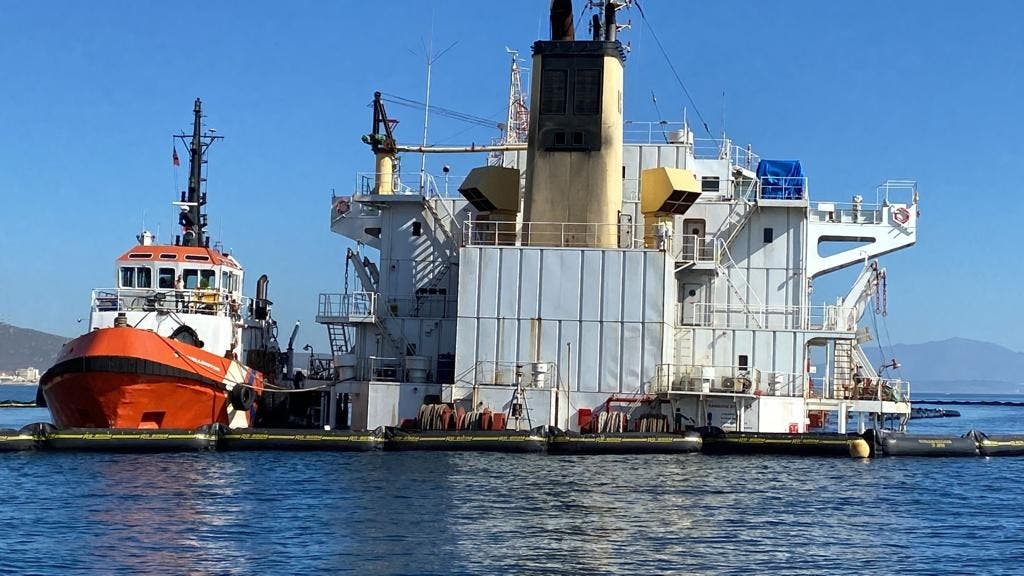 A WRECK removal company has started to take away the cranes from the beached bulk carrier lying off the coast of Gibraltar since August.

The crane barge that arrived from Suriname has started work on slowly dismantling the OS 35 shipwreck before removing the metal beams that make up its cargo.

Salvage company Koole removed two crane booms and was working on two more to get easier access to the cargo holds.

The next phase of hauling away the cargo was to begin this week.

Another barge and tug are still moored in Brest, France, sheltering from stormy seas.

But a window of better weather in the coming days could give the pair an opportunity to sail for the Rock.

Captain of the Port John Ghio said: “The works continue to progress around the clock in a good and timely manner to ensure the clean-up operation is done as diligently as possible.

“It is not ideal that some assets are still stuck in France due to bad weather, but hopefully in the coming days there will be an opportunity for the barges to begin their journey to Gibraltar.

“Once those assets are on site, we will continue to follow the plan that will see the complete removal of the OS35 during May this year”.

The OS 35 collided with another ship as it left the Bay of Gibraltar in late August.

It sustained a 10 metre gash in its hull which forced it to beach 700 metres from Catalan Bay.

Oil gushing out of its severed tanks polluted beaches in the surrounding area.