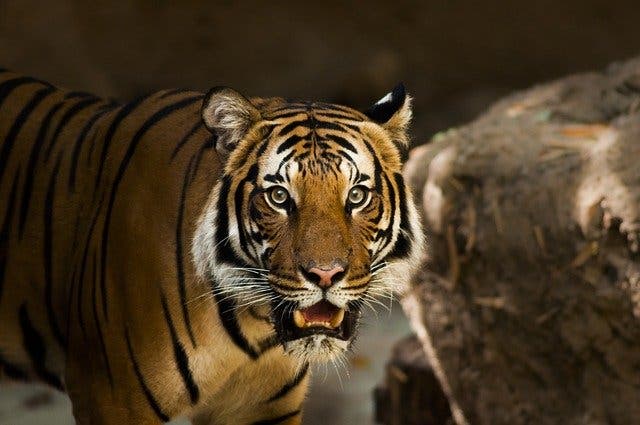 The infamously eccentric Joseph Allen Maldonado-Passage né Schreibvogel, better known as Joe Exotic, is currently in a prison cell, but continues to surprise people time and time again. Whether it is trying to get a pardon from the former President of The United States, Donald J. Trump, or breaking up with a lover, Joe never seizes to amaze us. Now he is making his appearance at online casinos. Yes, you read it right, Joe Exotic has landed at casinos in his very own slot machine.

Joe Exotic is Red Tiger’s branded slot that makes use of the colourful character that Joe is. Once operating an exotic animal park in Oklahoma, he most certainly has come a long way.

A Slot Production Not To Miss

Even though Joe Exotic himself might not be feeling like a winner at the moment, being sentenced to prison for 22 years, casino players can feel lucky in his virtual company. Joe Exotic is a slot machine that all Joe Exotic Netflix series fans should check out. The game has amazing layout and graphics and it definitely takes you back to the time you first started to binge watch the show.

One might think it’s a very strange that a well-known game provider produces a slot machine about Joe – after all he is a controversial character and currently jailed for conspiring a murder of Carole Baskin. It might be that Red Tiger saw this as a challenge: can we create and release a slot based on Joe Exotic, will people accept it and get excited about it? So far it seems like the players have not just accepted it but are embracing it.

Try The Game for Free – Use Bonuses

The game is literally an outstanding piece of artwork. To make the most of your gaming experience, try it for free with a casino bonus for instance. Those nearly all online casinos in the European markets at least are offering on a regular basis. If you don’t feel like investing any of your own money right now, you can always check the game in its demo version. Same as bonuses, these demo versions you can find in nearly every casino out there.

If you think that Joe Exotic is the perfect game for you, keep in mind the principles of responsible gaming. In other words, never gamble with money you cannot afford to lose. Keep playing only if it feels fun.

Joe Exotic slot is a 5-reel, 20-payline grid matrix. The game designers have done a magnificent job with it: the slot manages to captivate the entire eccentric personality of Joe into the game that is made up of images of exotic animals, such as tigers and crocodiles. When playing, it’s best to leave the soundtrack on, since it too suits the theme perfectly.

On the game grid you see things that can be associated with the star himself. There are bullets, flames, tiger patterns and guns everywhere, which makes the game more interesting than many other branded slots. Red Tiger might have actually hit a jackpot with this piece!

Gordon Ramsay Gets One Too

Joe Exotic is not the only TV-personality that has gotten his very own slot machine. You can see him in Hell’s Kitchen, provided by the famous NetEnt studios. The slot comes with  reels and 20 paylines, the same as Joe Exotic.

The game design is absolutely stunning. NetEnt has added plenty of exciting and rewarding bonus features in it, so even the toughest player will find something interesting there.

Celebrities The Next Big Thing in Gaming

It seems like celebrities will be the next big thing in the iGaming industry. Earlier game providers went for entire TV-shows or bands, but now they are clearly changing their focus to individuals, and may we say, very popular ones. Both Ramsay and Exotic are pretty sensational as characters, so we guess it makes sense to start from these guys

On the other hand we cannot wait to see what happens, when game providers release games related to a bit more discrete person.