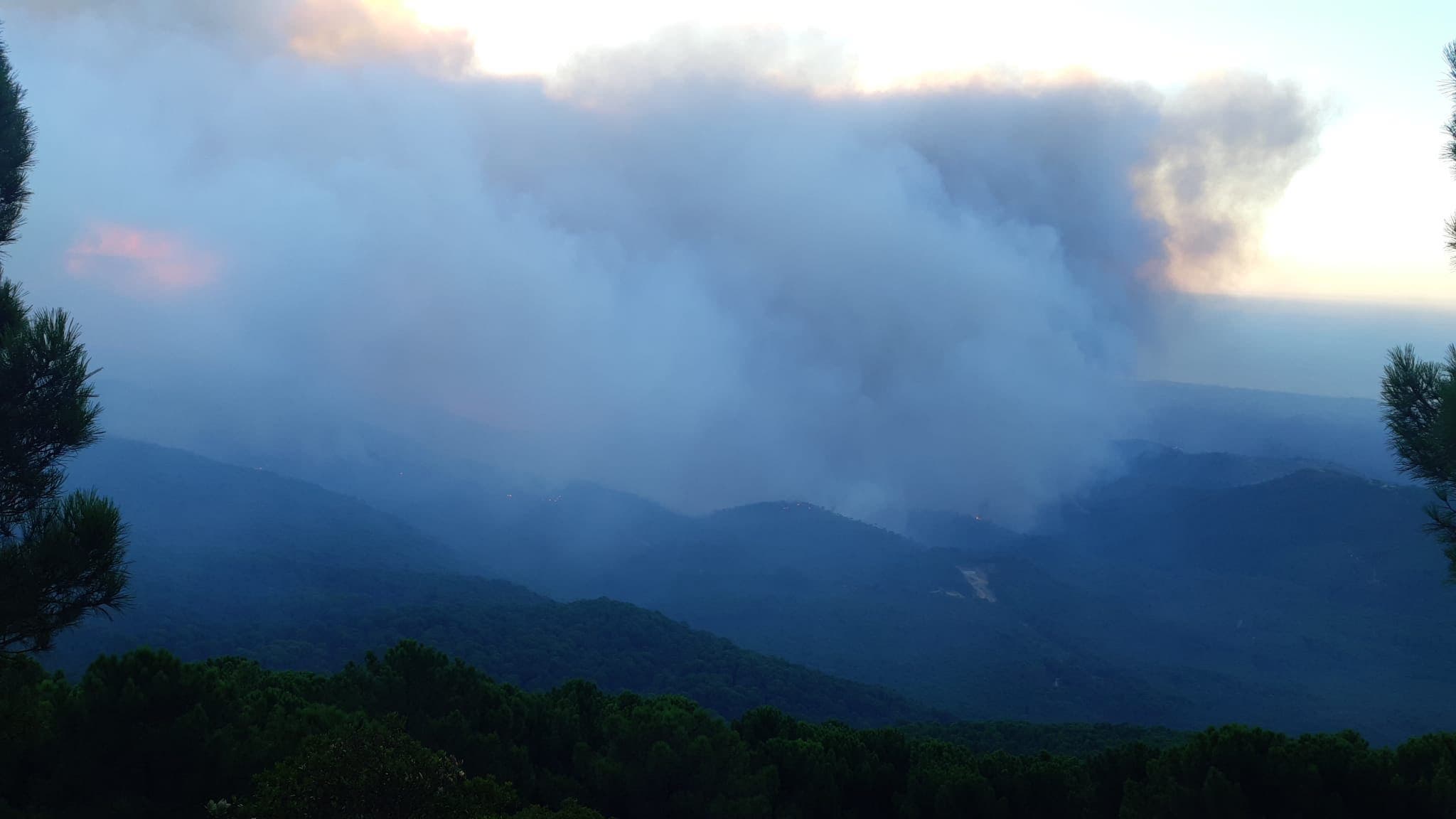 AN ARSONIST is believed to be behind a blaze above the Costa del Sol that has already scorched 2,167 hectares, authorities have revealed.

It appears to have been sparked in three different places along the same route between Estepona and inland Genalguacil.

A firefighting source told the Olive Press: “A car was seen driving away from the three zones where the fire sparked.”

He added: “It’s been horrific and one of the worst fires we have seen for years.”

The wildfire which began on Wednesday evening has now crossed into municipalities of Estepona, Jubrique, Benahavis and Genalguacil, and forced at least 600 people to flee their homes.

The fire has destroyed at least one house which had already been evacuated as a precaution and scorched the outside of another.

Carmen Crespo, from Andalucia’s Rural Affairs department confirmed that strong winds were hampering efforts by more than 250 firefighters, using 18 fire engines and 30 water-carrying aircraft, to bring the blaze under control.

“The wind is the main problem”, she said, reporting gusts of up to 70km/h and with frequent direction changes.

The councillor said they were currently dealing with two active outbreaks: “It is very striking that at 9 p.m. in Genalguacil there were two distinct outbreaks”.

The most damaged municipality for the moment is Estepona, with more than 800 hectares burnt.

“I want to urge calm. While we are expecting to suffer significant environmental damage, we are committed to reforesting as soon as we can. “, said mayor of Estepona, Jose Maria Garcia Urbano.