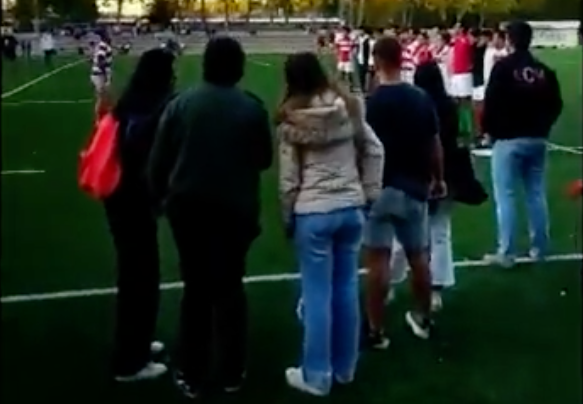 MADRID’S Complutense University has opened a new investigation into sexist chants after a video emerged of shocking language being used during a rugby match.

In a recording that has been widely shared on social media, spectators at the game are heard shouting support for the Derecho (Law) faculty team at the university, which is one of the top-ranked in Spain.

“Abuse, rape, bribery. Who dominates? Derecho!” they can be heard to shout. As well as: “The Medicine team have got tiny ones, the Pharmacy team are limp, the Architecture team can’t get it up… That’s why the girls prefer Derecho.”

In the wake of the video, the university released a statement saying that it had “opened an investigation to analyse what happened and find who was responsible”.

This latest incident comes after another controversy, in October, when a video emerged of students from the Complutense at the Elías Ahuja halls of residence shouting obscene sexist chants to a female halls opposite.

“Whores, come out of your burrows like rabbits, you’re all f*cking nymphomaniacs, I promise you that you are all going to f*ck in the bullring!” a solitary man is heard shouting from a window in the video. “Let’s go Ahuja!” he bellows, before the rest of the blinds shoot up revealing the silhouettes of more than a hundred more male students who all start to cheer and to whistle.

After that incident, the public prosecutor opened an investigation while the student leading the chants in the video was expelled from the halls.