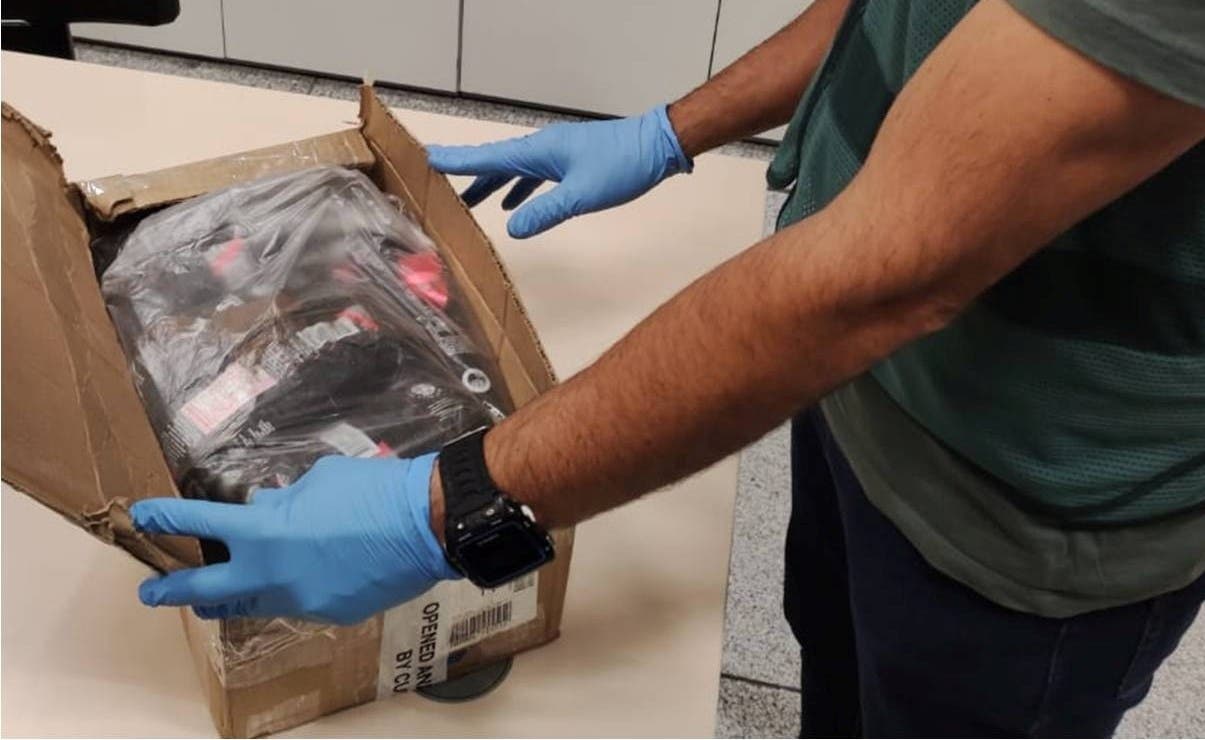 The package containing five kilos of the dangerous narcotic was hidden among packs of coffee despatched from Columbia.

The parcel was addressed to a Columbian man, 37, in Elche.

He and his wife were arrested, with bail refused to him after a court appearance.

Black cocaine is a cocaine paste mixed with pigments to disguise its appearance to try to hoodwink authorities during any potential search.

The drug can produce severe hallucinogenic effects and can alter heart rhythms of users that could be fatal.

Guardia airport officers had their suspicions aroused about the Columbian package after it went through a scanner.

Drug tests confirmed that cocaine was being smuggled.

Extra testing revealed that it was the highly-lethal black variant.