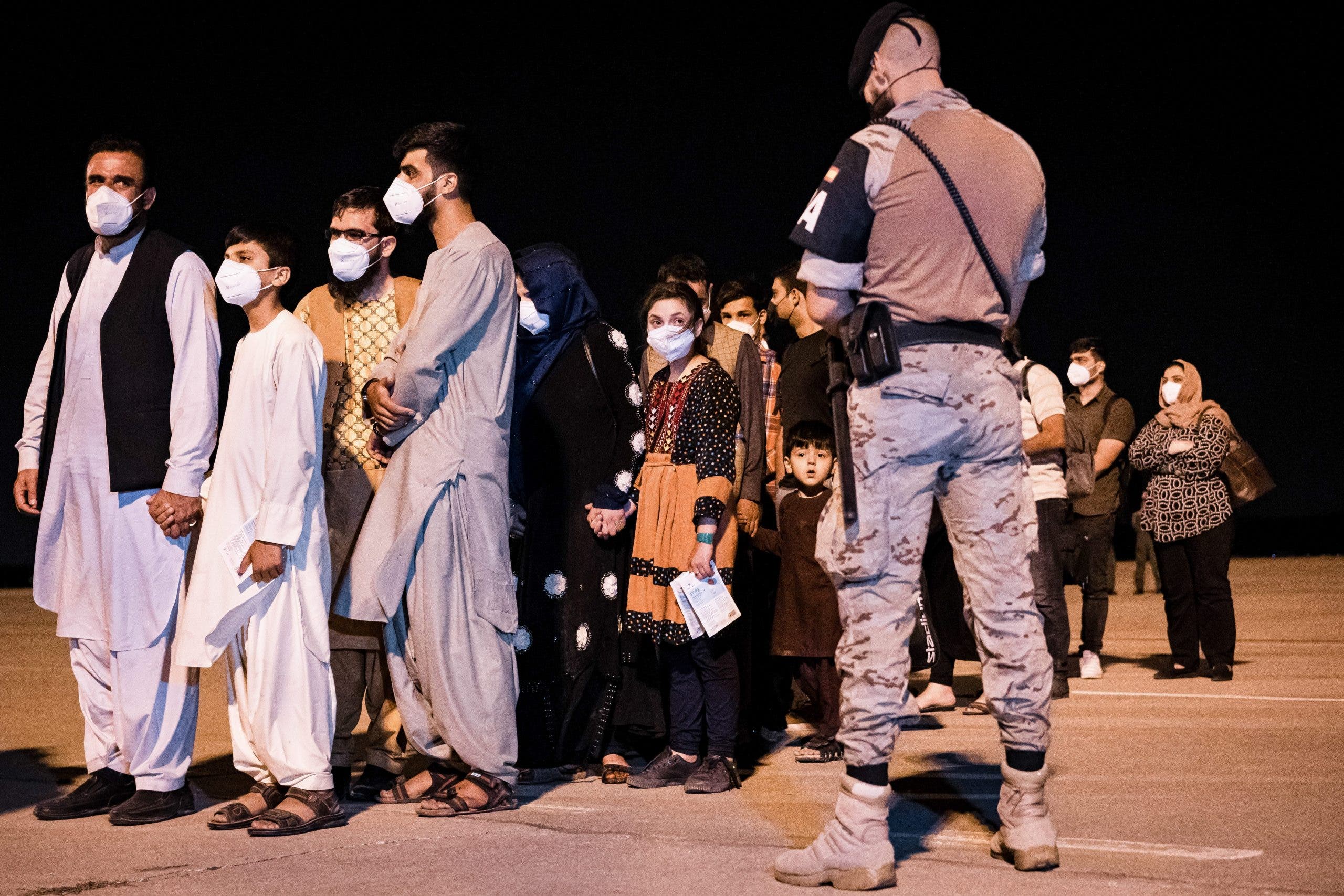 SPANISH troops have completed a frantic countdown to rescue people from Afghanistan as the airlift looks set to end this afternoon.

Two A400 military planes from Kabul landed in Dubai around 7am and the flights mark the end of the evacuation of the Afghan collaborators and their families.

Travelling onboard were 81 Spanish embassy and military personnel, as well as 85 Afghanis who collaborated with Spain, Portugal and NATO.

They will arrive on Spanish soil later this afternoon, with the flights scheduled to land at the Torrejón de Ardoz airbase at 4.45pm, according to government sources.

Well over 2000 people have now been airlifted out of Afghanistan by the Spanish effort this week, with the help of Air Force planes and 140 military personnel.

UK and US forces are also drawing down their presence at the airport so they can all be gone, with their military equipment, by Tuesday.

Around 2000 refugees are set to be given temporary sanctuary in Spain as the country is set to become a ‘hub’ for former EU workers whose lives are in danger.

It is estimated that in total Spain will offer permanent residency to around 40 to 60 families, while the rest will be distributed among the other EU countries, according to diplomatic sources.

A joint statement from leaders of the G7 countries – also including Canada, France, Germany, Italy and Japan – reaffirmed their commitment to the people of Afghanistan.

“The legitimacy of any future government depends on the approach it now takes to uphold its international obligations and commitments to ensure a stable Afghanistan,” they said.

Afghan refugees in Spain: How many will arrive