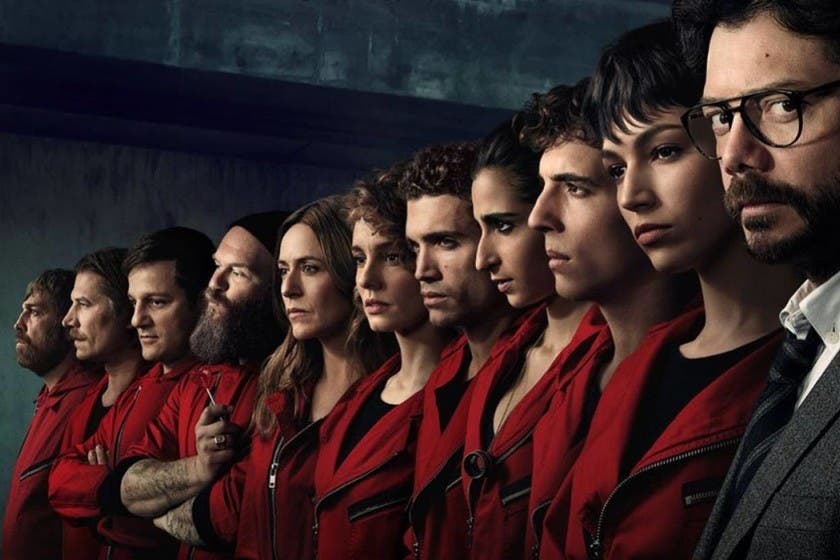 FICTION became reality when a woman dressed up in a red jumpsuit inspired by the hit Spanish TV show La Casa de Papel to rob a transportation company in Mendoza, Argentina.

The cocky crook donned the red outfit and Dali mask, just like the robbers from the famous Moneyheist series, to target the company in the region of Maipú.

She is alleged to have threatened two employees before making off with a stash worth a total of $190,000, including 4 million Chilean pesos and $16,000 US dollars.

The 38-year-old thief was caught after neighbours alerted the police that they had seen a woman in a distinctive red costume make off with the pile of cash.

She was later arrested and found with the money and a compressed air pistol in her possession.

It was reported by local press that her boyfriend worked in the transport company where the robbery took place.

She is awaiting her court date as detectives continue to investigate whether she worked alone or with accomplices to stage the elaborate robbery.