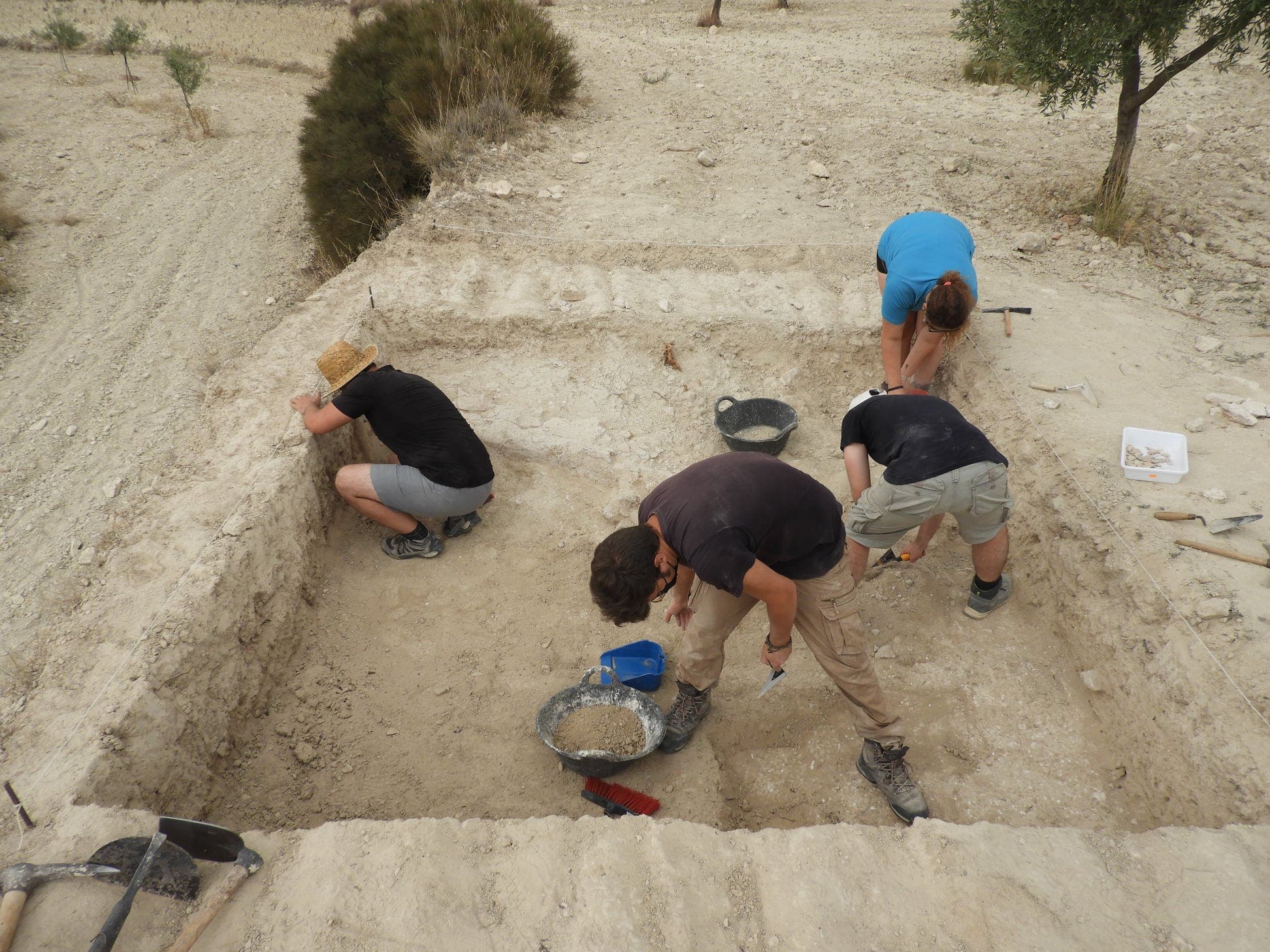 AN archaeological dig in the Puca area of Petrer has uncovered two walls of a farm house dating back to the Middle Ages.

The farmhouse, known as an alqueria, formed the centrepiece of a Muslim settlement.

Excavations have been carried out for decades to try to find the building.

Plaster on the wall suggests the alqueria existed between the 11th and 13th centuries when the area was under Islamic rule.

A typical Valencian alqueria would have had mainly a rectangular shape.

It would be split into living quarters and areas to store harvested products or even to rear silkworms.

Ceramic remains dating back to the Andalucian period, which started in the late 10th century, have also been discovered.

One item is a spindle tip made of copper and used in spinning during that era.

The latest work at the site is part of a new phase of excavations being coordinated by Petrer’s Damaso Navarro museum.

Archaeological experts and student volunteers found human remains in a burial site at the start of the year.